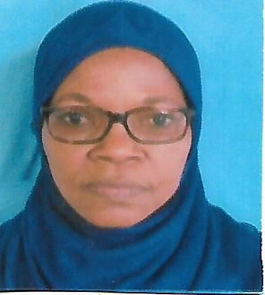 Dr. Hadija Mwamtemi is a senior medical specialist at Muhimbili National Hospital in the department of Paediatrics and Child Health. She obtained her MD degree (1988) In the University of Havana Cuba Calxito (Garcia Hospital). In 1993 she was enrolled in master’s programme of Paediatrics in Muhimbili University Collage of Health sciences, in 1995 she secured Monmbusho scholarship by the Government of Japan. She completed course work in Paediatrics and was enrolled in PhD programme in the University of Shinshu Medical School.

She worked with Haematology oncology patients and doing scientific researches patterning to paediatrics malignancies. The topic for her thesis was Quantitative and Qualitative differences in Thrombopoietin-Dependant hematopoietic progenitors development between cord Blood and Bone Marrow concluding that cord blood contains sufficient numbers of hematopoietic progenitors that exhibit high proliferative potential compared to Bone marrow progenitors supporting the use of Cord blood as another source of allogeneic stem cell transplant. Muhimbili National hospital is in the process of starting Bone marrow transplant. She believes that many African getting such exposure and knowledge and working together in collaboration will improve the care and outcome of childhood cancers and other blood disorders in Africa.

She was a Secretary General to the Muhimbili National Hospital Workers Council (2006-2008).